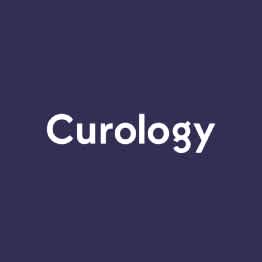 May is Mental Health Awareness Month, so let’s get real about the psychological effects that acne can have on you. If you find yourself feeling depressed, anxious, paranoid, or hopeless about your skin’s condition, you’re not alone. Acne affects at least 50 million Americans every year — that’s 50 million people just like you. We here at Curology know what it’s like, too, which is why we’re here for you to help make it better.

We also know that the emotional impact of acne can go way deeper than a hit to self-esteem. In fact, it’s easy to get caught in a vicious cycle: having acne stresses you out, and stress can make acne worse, because stress leads to hormonal and inflammatory changes in the body. But you can break that cycle — and we can do it together! Remember: we’re here for you. Personalized treatment is what Curology is all about.

Here, we share the story of one Curology member, Lula*, 28 years old, who has struggled with acne-related mental health issues along her personal journey to clear skin.

If you’re suffering mentally or emotionally, reach out to someone! If you ever consider harming yourself, you can always talk to someone right away by texting CONNECT to 741741 or calling the National Suicide Prevention Lifeline at 1–800–273–8255.

*These numbers are only available in the United States. If you’re located in another country, search Google for similar resources available to you.

People with acne are significantly more likely to develop major depression than people without, according to a recent study published in the British Journal of Dermatology. And the risk of developing depression is much higher when the acne first starts showing up: in the first year of having acne, “there was a 63 percent increased risk of depression in a person with acne compared to someone without,” the New York Times reported.

This isn’t a big surprise to those of us who’ve suffered! Fighting against acne isn’t just frustrating — it can be dispiriting, especially because a lot of the anti-acne products available in stores either don’t work well or irritate your skin. And when you’re in school, you might be dealing with social pressure and bullying, on top of it all. Acne can be a lonely struggle, especially when the people around you just don’t understand what you’re going through.

“I was in 5th or 6th grade when I first started struggling with acne,” says Lula*. “My family couldn’t afford to take me to a dermatologist, so our local primary physician prescribed me a benzoyl peroxide cream. But it was so harsh on my skin — and I probably used too much, because I was so desperate to get rid of pimples — that my skin literally peeled off and turned bright red. And the acne only got worse. So when it got really bad, I would pretend I was sick and stay home from school, because I knew other kids would be mean to me. I think that’s when my acne problem started to turn into a mental problem.”

Your self-image — the way you imagine you look — doesn’t always jive with how you really appear to others. We only wish it were that easy to convince yourself! For many people, this means occasional spikes of panic or self-consciousness. But for others, it’s a more constant struggle. When you can’t look in the mirror and see yourself without acne, that’s an example of acne dysmorphia or acne body dysmorphic disorder.

“Even today, now that my skin is clear, I have a hard time believing it when someone compliments my skin,” Lula says. “In my mind, I still have all these marks and scars from the old acne, even though nobody else can see them. So it’s hard to just politely accept the compliment — I want to prove to them that I actually have bad skin!”

We hear you, Lula — and the thousands of other people, including many of our members, who feel the same. It’s actually super common to struggle with re-adjusting your self-image so you no longer think of yourself as a person with acne—even after you’ve achieved clear skin! It’s not just “all in your head” — we know it feels real, and if it’s getting in the way of living your life, you should consider getting help from a therapist. Body dysmorphia is a distortion of your self-image in your mind, and it can become a serious problem. Some people may even feel afraid to go out in public for fear their skin makes them unpresentable or ugly. It may take some time and effort to change the way you think of yourself, but you can do it!

If you feel like you can’t stop picking, the first step is to not be so hard on yourself! It’s more complicated than just a “bad habit,” and stopping isn’t as simple as “self-control.” Obsessive skin-picking — also known as excoriation disorder, or dermatillomania — is when you compulsively pop pimples, squeeze blackheads, or pick at anything resembling a blemish on your skin, even if there isn’t really a blemish there. Usually the people who suffer from this disorder pick to relieve their anxiety or stress. But the picking can damage the skin so much that it’s like a form of self-harm.

“In my later teenage and college years, my mental and emotional problems with my acne seemed to just get worse. Without thinking, I would squeeze and pick at any visible pore or bump on my face, shoulders, or arms,” Lula says. “It got worse at times when I was stressed out or depressed. My mom would tell me, ‘There’s nothing even there to pick at! It’s just your skin!’ But I couldn’t see it the way she saw it. I ended up with a lot of scabs and scars on my face and on my shoulders that took weeks to months to heal. Sometimes I couldn’t stop myself from picking at the scabs before they were done healing. For years, I was always too embarrassed to wear tank tops in public.”

One thing that can make this disorder so tricky is that picking usually feels good in the moment! It’s kind of like a form of stress relief you’re addicted to, even though you logically know it’s hurting you and leaving scars. Maybe you can’t stop yourself from popping pimples, no matter how much you tell yourself that doing so only leads to more breakouts. Maybe you pop your pimples so over-enthusiastically that they bleed and become open wounds.

Unfortunately, this disorder isn’t as well-understood as others. One study considers it part of the obsessive-compulsive disorder spectrum, while another study suggests it might be more similar to a substance-abuse problem, since picking your skin can give you a “fix.” What we do know is that obsessive skin-picking is statistically more common among women than men, and that it tends to go along with other disorders, like body dysmorphia, depression, or OCD. Most importantly, there are ways you can get it under control with help from a primary care physician, a therapist, or a psychiatrist.

How to get help

Through a combination of therapy, medication, and clearing her skin using Curology, Lula was finally able to break her own vicious cycle of acne-related mental health problems.

“My life is so much different now! Sure, I still feel a little urge to pick once in a while. But now that I’ve learned better coping mechanisms for life in general, I’m way better at resisting the urge.”

The most important thing to remember is: talk to a doctor in-person if you struggle with acne-related mental health issues! We love sharing examples, but let’s be honest — we don’t really know what’s going on with you and your unique situation. That said, there are a few ways some Curology members find relief.

Cognitive behavioral therapy is one common treatment for these problems. We understand that traditional therapy isn’t affordable or accessible to everyone, but there’s always a way to get help. Much like Curology for skincare, there are resources available online that make it easier and more affordable to get the help and support you need — for example, apps like Talkspace and Better Help enable you to communicate with a therapist for a monthly subscription fee. There are several other mental health apps — here’s a great list — that you can use to help track your symptoms and learn more about them, which can help you feel more in-control and let you monitor your progress. In addition, meditation, exercise, writing in a journal, spending time with loved ones, and talking through your problems with someone you trust are all effective forms of self care to help yourself get out of a dark place.

The first, sometimes hardest step it just to reach out and ask for help. Just remember that you’re worth it — you’re too important not to take care of you.