The history of skincare in Ancient Greece

Aphrodite, eat your heart out. 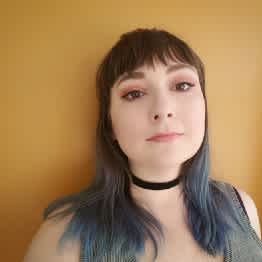 I’m fascinated by Greek mythology and ancient cosmetics as natural alternatives. But when it comes to fabled vases of ambrosia and nectar, what’s merely a myth, and what checks out with modern medicine? For fun and science, here’s the history of skincare in Ancient Greece + some natural beauty wisdom straight from the Ancient Greek goddesses.

In ancient Greece, bathing rituals were popular for cultural, spiritual, and medicinal practices. Skincare rituals were also practiced for health benefits; for example, before a competition, ancient Olympic athletes rubbed themselves with olive oil before scraping their skin with a flat, hook-shaped tool called a strigil. This would clear their skin of dirt, sweat, and other potential contaminants. Then, athletes’ oily body-scrapings were bottled up and sold for their supposed medicinal properties. (You can’t buy a strigil at Ulta, but, for a modern adaptation, you might like dermaplaning.)

Olives were at the center of Ancient Greek culture. The olive tree was considered sacred, its branches offered as tokens of peace. Olive oil had many uses, including in cosmetics. Anointing oneself with olive oil “could help a human to emulate the electrical radiance of a statue or god.” Hera, queen of the gods, exfoliated with ambrosia before anointing herself with olive oil in The Illiad by Homer, who wrote extensively about the skincare routines as funerary and spiritual rituals.

But should you use olive oil for the skin? Well… when it comes to so-called natural alternatives, you could do a lot worse. In fact, olive oil is frequently found as an ingredient in occlusive moisturizers, which reinforce the skin’s moisture barrier.

When it comes to using olive oil for acne: extra virgin olive oil contains high levels of antioxidants, which may help decrease inflammation. That said, it isn’t a cure for skin conditions like sunburn — the oil can seal the air off, causing the skin to continue burning. The best way to incorporate olive oil into your skin routine is to find good skincare products that already contain it and pass the CosDNA test.

Start your free trial (plus shipping and handling)

Honey has been used in traditional medicine since the Stone Age. Honey can potentially fight against bacteria, fungi, and viruses — depending on its chemical composition. Because of its antibacterial properties, it might help certain kinds of acne. Honey is also a natural humectant, which means it can draw water from the air onto the skin, giving it moisturizing properties.

In Ancient Greece, honey was primarily used to treat wounds and gastrointestinal diseases. They also may have used masks of honey and olive oil to brighten their complexion. But it’s not a good idea to try a DIY honey and olive oil mask for acne, because non-medical grade honey might expose your skin to more bacteria, making breakouts worse.

If you want to do as the Spartans did and use honey as a wound salve, using medical-grade honey like Manuka honey or Medihoney is essential.

We may be mere mortals, but that doesn’t mean we have to shell out for mythical ambrosia and legendary nectar. If you struggle with acne or signs of aging, Curology’s certified dermatology providers can prescribe you a custom cream formulated for your skin’s unique needs. Sign up for a free trial and just pay $4.95 to cover the cost of shipping and handling on your first bottle or complete 3-step set.